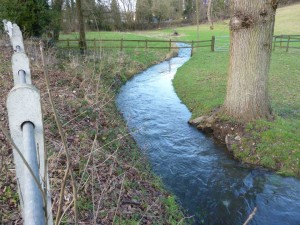 THE BOURNE SOCIETY is the local history society for northeast Surrey, and for those towns and villages subsequently removed from Surrey into the London borough of Croydon. It was formed in 1956 and named from the intermittent streams that sometimes emerge to the north of the North Downs to follow the lines of routes A22 and A23, meeting at Purley to flow northward into the River Wandle.
The aims of the Society are to extend knowledge of the local history of Caterham, Chaldon, Chelsham, Chipstead, Coulsdon, Farleigh, Godstone, Kenley, Purley, Sanderstead, Warlingham, Whyteleafe and Woldingham, and to ensure the preservation of records and other objects of historical interest.