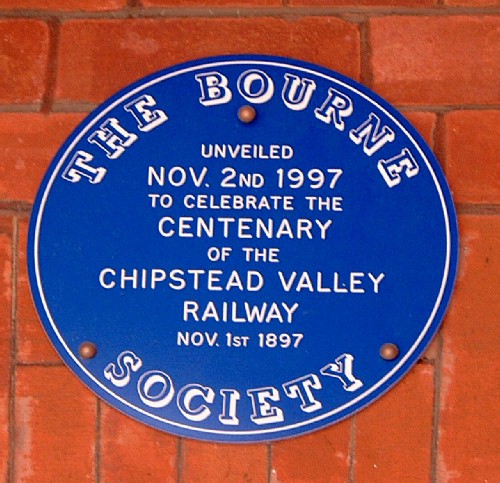 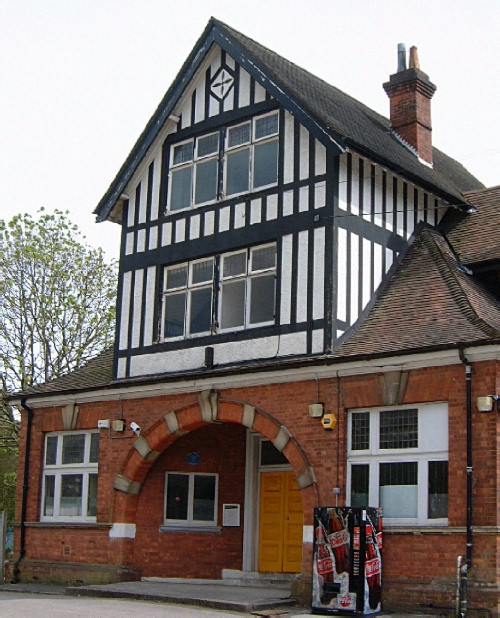 Celebrations at Kingswood Station, a report

After months of planning and meetings with Connex South Central, Railtrack, Walton & District History Society and Kingswood Village Social Committee, the great day arrived, blessed by a bright, sunny morning ideal for the Veteran Car Rally and, more importantly, for visitors to Kingswood station for the centenary celebrations.

An early start ensured that Kingswood Station was transformed by an impressive marquee near the entrance to the booking hall (Kingswood Social); the waiting room housed the Society’s ten display boards on the history of the line prepared by Roger Packham but transported from Purley Library by the energetic Paul Sandford. Later, this display was accompanied by the Society’s bookstall where John Tyerman, assisted by Vera and David Sutch, worked very hard alongside the SE Railway Society from Addiscombe. In an adjoining room, Alan Hillier of Railtrack displayed some precious archive material, kindly stewarded by Frank Newitt, and the finishing touch was the arrival of the young band from Aberdour School which set up on the platform under the watchful eye of two ‘period’ policemen. Some Society members also entered into the spirit of the occasion and Liz and Grahame Brooks, Mary Saaler, Margaret Davison and Jean Emery were most convincing; our worthy Membership Secretary was featured on the front page of the Coulsdon & Purley Advertiser.

The day’s celebrity was Sir Nicholas Bonsor, great-grandson of the railway’s founder, Sir Cosmo Bonsor. Sir Nicholas drove himself from Leighton Buzzard and inspected his ancestor’s grave at St. Andrew’s church, Kingswood, before appearing at Kingswood Station at 10.a.m, just in time for coffee and biscuits in the booking office before catching the train to Purley to enable him to return on the special Centenary Train.

Meanwhile, word had reached the Society’s Chairman that Gwyneth Fookes who, in her Presidential capacity, was due to unveil a Society plaque, had gone down with the dreaded ‘flu. All was neatly resolved, however, because Sir Nicholas, after unveiling the nameplate ‘Sir Cosmo Bonsor’ on the special train and receiving a huge full-sized replica to take home, kindly agreed to unveil the Society’s plaque on the station building.

The crowds of people thoroughly enjoyed the morning; the band played delightfully, and the bookstall sold out of the Commemorative booklet. Cameras, both still and video, were much in evidence when the Special Train was waved goodbye and the invited guests proceeded to the Kingswood Arms (formerly the Station Hotel) for a sitdown lunch. Sir Nicholas made just one more speech in response to a welcome from Roger Packham, and representatives from the above-named organisations did justice to the traditional Sunday roast thoroughly satisfied with the success of the occasion.