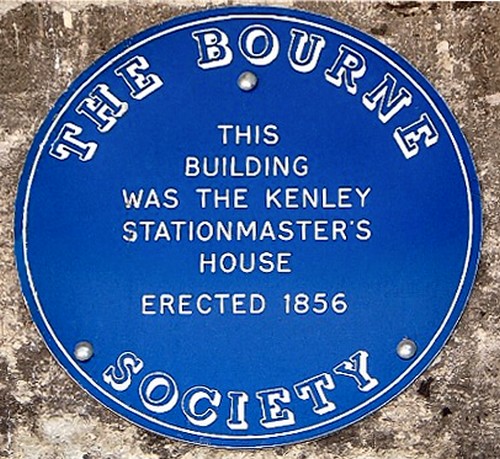 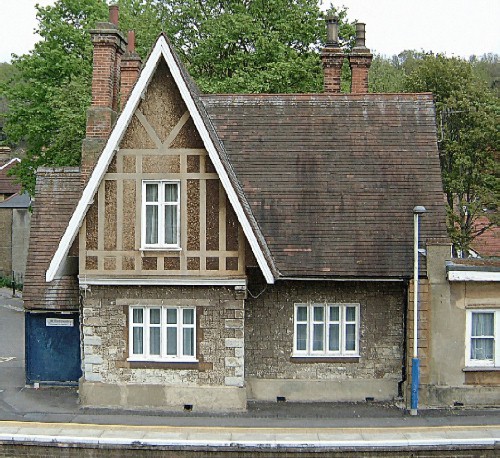 The morning of Tuesday, 29th August 2000 was sunny & warm, and by 12 noon a good crowd of members, friends, staff and children of ‘Little Angels Play-Station’ [the then occupiers of the stationmaster’s house] had gathered for the unveiling. Our Chairman Roger Packham welcomed everyone and then explained some of the history of this unique building, which was constructed in 1856. The design was by the architect Richard Whittall of Abingdon Street, Westminster, in what he called ‘the Old English Style of Domestic Architecture’. The Society had organised a competition at ‘Little Angels’ to decide the two children who would carry out the unveiling, and this was charmingly carried out by six year old Lauren Miles and eight year old Zaria Young, both girls in period costume. The event was covered by press photographers from The Coulsdon & Purley Advertiser, The Croydon Guardian and Cable 17 television.