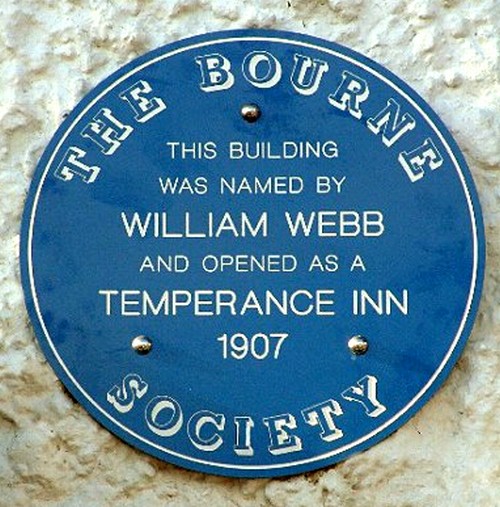 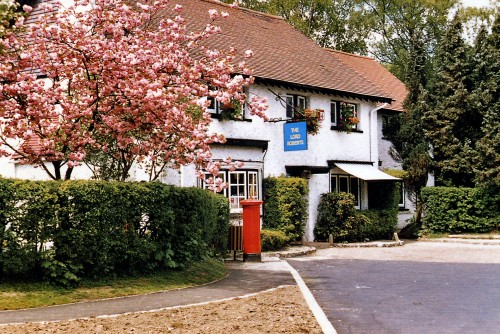 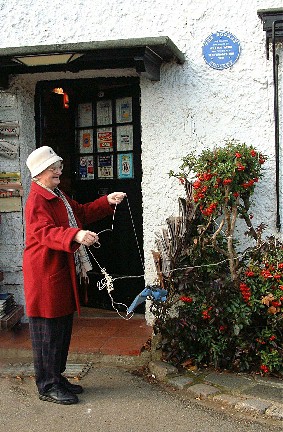 This plaque has been removed by the Society pending the closure of the shop and post office on 26 August 2016. It is hoped that the plaque can be reinstated at a future date.

A handbill dated June 1907 announced the opening of the “Lord Roberts” Temperance Inn and General Stores by Mr. Edwin Castleman. He stated. “Visitors to the Village can obtain at the “Lord Roberts” a capital Tea, Luncheon, or Light Refreshments at quite moderate charges, served in the quaint Elizabethan Coffee Room, or on the old goose green”. The floor of the coffee room was strewn with silver sand, and it was one of the chores of his daughter to sweep up and sieve this sand each day, then re-use it if still clean enough. Mr. Castleman used to buy the sand by the cartload and dry it in a large shed.

William Webb named the inn after his hero. Field Marshal Lord Roberts. The inn style sign depicts the famous soldier in uniform and by the inglenook inside hangs a miniature paintingof him: also a drawing by Spy. A framed letter dated 3rd November 1914, signed “Roberts F.M.” thanks Mr. Webb for field glasses sent in response to an appeal. There are also photographs showing the pond and geese.