Plaque placed ?? This plaque has been removed by person or persons unknown. 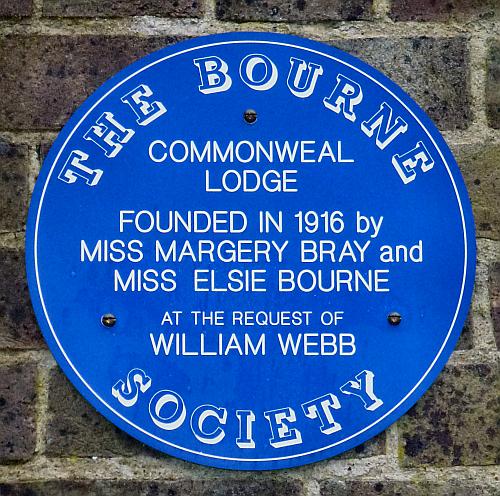 The school was opened in 1916 by Margery Frances Bray (1895–1962), together with Elsie Bourne (1879–1937), after she had been asked to do so by William Webb, who planned and built the Webb Estate, in 1915. The school opened in the “Woodcote” Smithy near the village green with eight pupils, including Mary Webb, daughter of William Webb. In January 1917, it moved to the purpose built construction designed by Sidney Tachell located in Woodcote Lane, where it remained until its closure.

In 1925, it was extended by the construction of seven new classrooms, a library, extended cloakrooms, kitchens and a new staffroom. In 1931, a swimming pool was added. During World War II, air raid shelters were built underneath the tennis courts. From 1941 to 1943, the school moved to Ardock, Lewdown, Devon, and the school buildings were occupied by military personnel, but by Autumn 1945 it was back, and by then had 70 pupils. In 1966, a gymnasium was built. In 1973, a second storey was added to the classrooms.