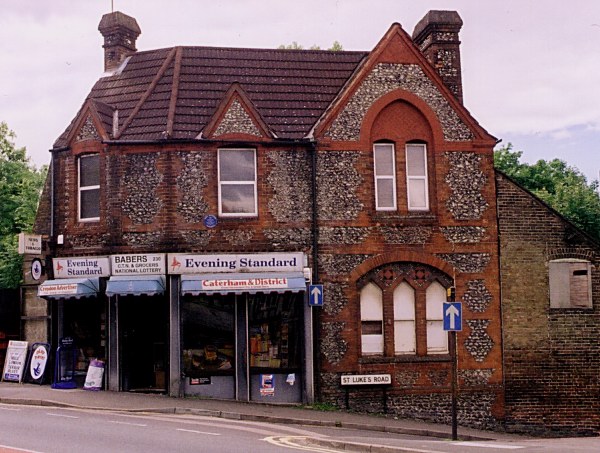 The second in the series of commemorative plaques was affixed to the wall of the oldest shop in Whyteleafe on 3rd June 1989. The shop began trading over a hundred years ago as a butcher’s shop, with slaughterhouse facilities in the back building. The premises were originally called Triangle House, and are to be found at the top of St Luke’s Road – formerly Blacksmiths’ Hill, leading from the Godstone Road down to the level crossing in Whyteleafe.

The siting of the plaque proved difficult, since to get at it the ladder had to be braced against two bricks – the pavement at that point slopes alarmingly! The Society is indebted to the honorary treasurer and honorary secretary for erecting the plaque, and to Mr Patel, the current proprietor, for allowing us to adorn the premises with our blue commemorative disc.