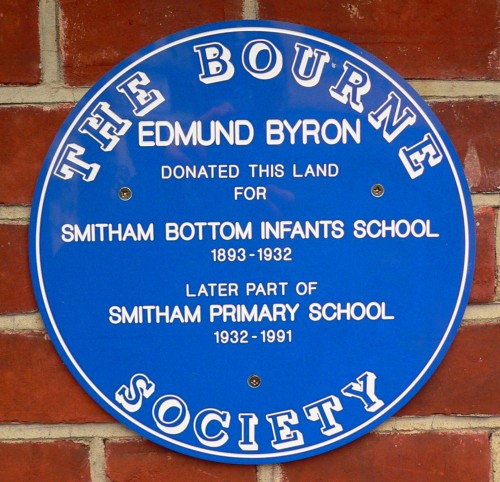 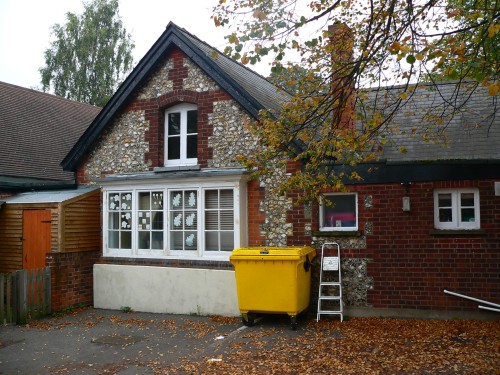 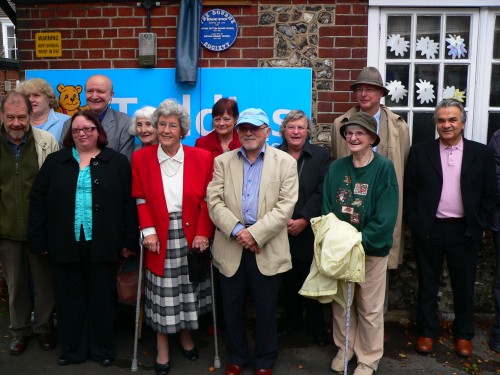 With the construction of Cane Hill Asylum in 1883, with a staff of 500 and additional railway workers, a second school in addition to Bradmore Green was needed to accommodate the increasing number of children.

The school was opened on a temporary basis in the corrugated iron mission hall in Brighton Road, where the Comrades Club is now. It was known as the Cane Hill C of E Mission School. The morning it opened in November 1886, 46 children attended, but 48 came that afternoon. Most had never been to school before and there were only four who could read even short words and 10 who knew their alphabet. Writing and counting were at the same backward state. The schoolmistress Miss Fanny M Webb had just one monitoress to assist her to arrange regular attendance of the pupils, whose ages ranged up to eight years old. Thereafter they went to Bradmore Green, which had new premises built in 1888.

The ‘school pence’ (parents paid a small weekly fee for their children’s attendance) were collected and entered in a logbook, together with the average attendance, which appears to have been about 50 children.

Squire Edmund Byron donated a triangular plot of land in 1892 on the comer of Chipstead Valley Road and Woodcote Grove Road (then called Smitham Bottom Lane) for a new school, originally conceived as a separate school to the mission hall. It was to be called Smitham Bottom Infants’ School, under its own management and staff. However it was soon decided to treat the new school as a continuation of the old one. Opened in 1893, it suffered from the inadequacies of the building itself and of its teaching staff.

Following the 1902 Education Act the school became the responsibility of the Surrey Education Committee and in 1905, 57 children were transferred to the temporary buildings of the Coulsdon & Purley Smitham Bottom Council Mixed School and numbers attending increased considerably. In May 1908 staff and pupils moved into the permanent building fronting on to Chipstead Valley Road. Extra accommodation was completed for the infants and the old 1905 iron premises taken down.

In 1932 the Chipstead Valley Road School opened and some of the juniors were transferred there, leaving Smitham as the Coulsdon & Purley Smitham Bottom Junior Mixed & Infants’ Combined School under the headship of W Scott. The school was transferred to Chipstead Valley School in September 1939 for five months while air-raid shelters were built on the Smitham site.

In 1956 the Primary School, comprising eight junior classes and four infant classes, took over the Secondary School premises vacated when the older children transferred to the recently-built Woodcote School in Meadow Rise.

On the amalgamation of Coulsdon & Purley UDC with the Borough of Croydon in 1965, the school was administered by the Borough Education Committee and was called Smitham Primary School.

The school moved to new premises in Portnalls Road in September 1991, opened by Roy Castle, and the old school was given over to adult education.