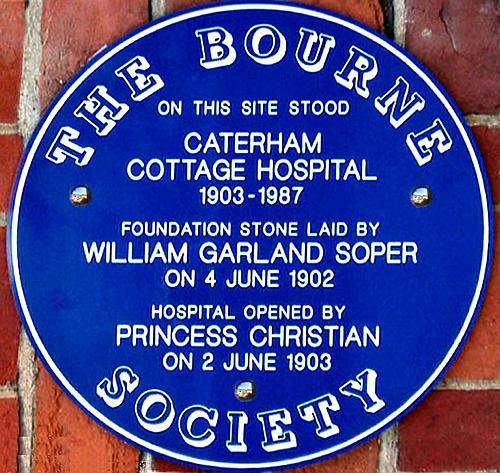 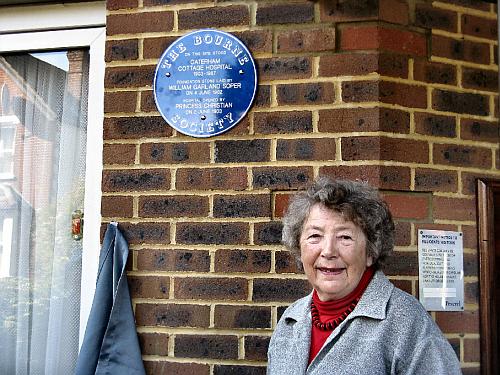 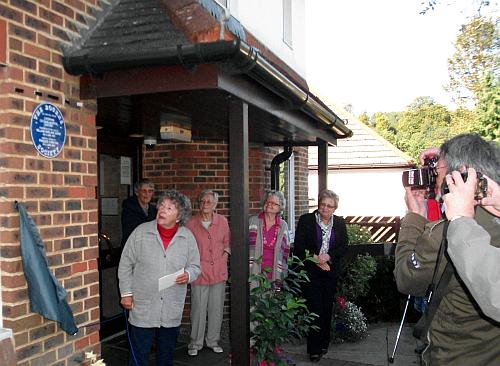 The above photo shows the unveiling of a plaque on 22 September 2012 at Valley Court, Beechwood Gardens, Caterham by Mary Saaler, a Vice President of the Bourne Society. The plaque commemorated the opening of the Cottage Hospital by Princess Christian in 1903. A detailed account of the hospital, the third to serve Caterham, will be found on this page of the website.

Others present included Roger Packham and Gwyneth Fookes, Valley Court management and residents. Refreshments were laid on by Rita Furey, the Manager, and a small exhibit of copies of artifacts from the time capsule recovered from the hospital were shown. Originals are in the East Surrey Museum and the copies are now in the possession of the Bourne Society. Also exhibited were a selection of photographs of the early 20th century from the Roger Packham collection showing the hospital and environs.