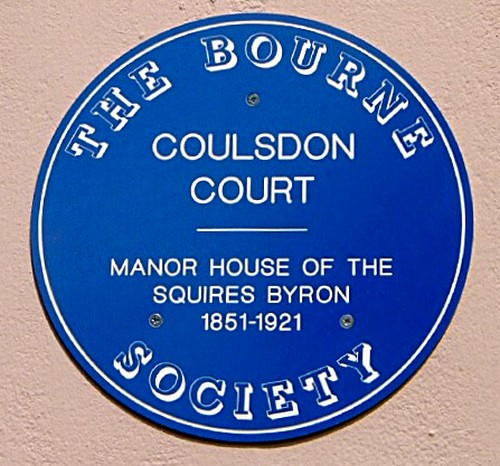 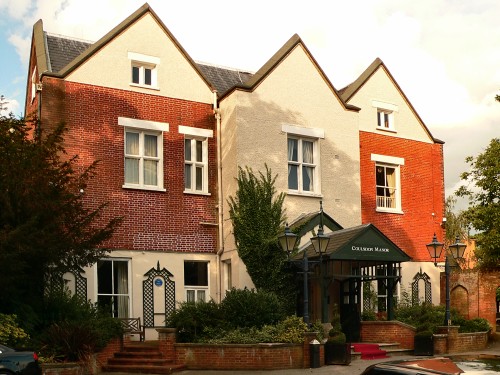 A Bourne Society blue plaque was placed on the front wall of Coulsdon Court on 4 August 2003, stating that the building had been the Manor House of the Squires Byron from 1851 until 1921, when Edmund Byron, the last squire, died. The building was extensively developed during the last decade of the 20th century and is now the four-star Coulsdon Manor Hotel.