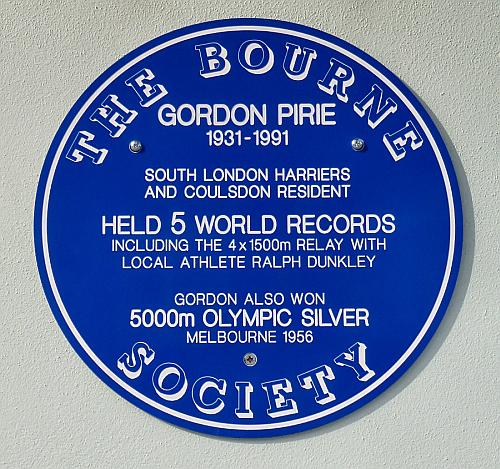 N.B. The plaque is fixed to the wall of Coulsdon Comrades Club, 194 Brighton Road, Coulsdon. South London Harriers premises lie back to the right-hand side of the Comrades Club. 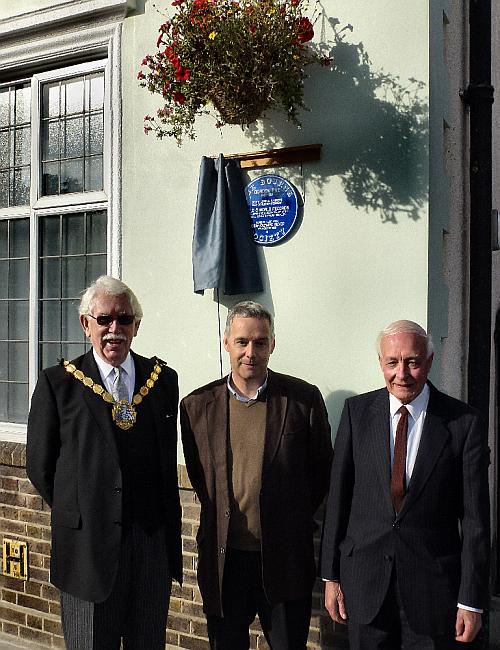 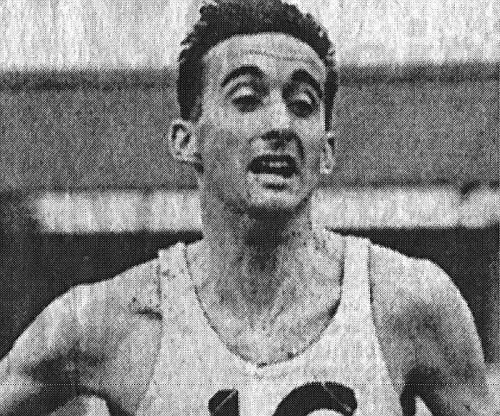 Gordon Pirie (1931-1991): The family moved to Coulsdon from Yorkshire and Gordon was educated at Purley County School for Boys. He rose from being a bank clerk to an athlete by way of an unusually severe training programme. He was often to be seen running over Farthing Downs wearing army boots. In 1953 Pirie broke the world six mile record and captured six other British records. He ran the mile in under four minutes. In 1956 he took the 5,000m world record and three days later shattered the 3,000m world record. In the 1970s his family moved to New Zealand, returning in the 1980s. It is estimated that he covered a total of over 200,000 miles on foot.