Plaque originally placed 16 January 1992. No longer in situ; the building has since been demolished. Plaque now on wall of entry corridor into Caterham Valley Medical Practice. 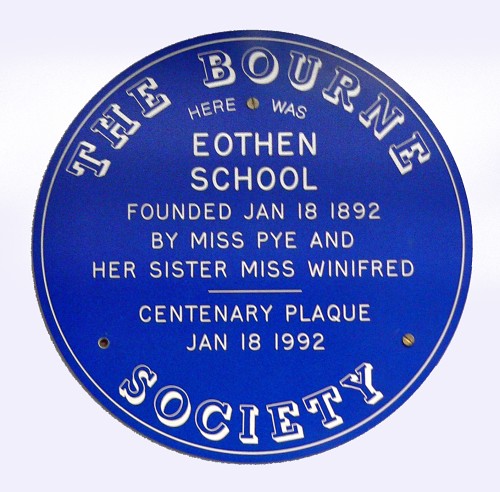 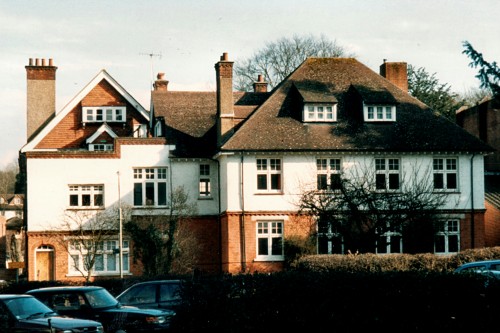 Founded by Miss Catherine Pye and her sister Winifred Pye, Eothen School began in a rented house, 2 West View, Harestone Hill, Caterham, on 18th January 1892. There were eight girls, ranging in age from about six to 15. By 1897 the school had outgrown the house, and the main School was built, providing some boarding accommodation as well as classrooms. The Pye sisters retired in 1938, and at its peak the school had around 400 girls and forty staff. Additional buildings were acquired, and from 1970-71 onwards, after the Church Schools Company added Eothen to its group of six schools, a long series of improvements were made.

The centenary was marked by a Bourne Society plaque, unveiled on Saturday, 18th January 1992, on which occasion the school birthday cake was cut.

Eothen School closed in 1995 when it merged with nearby Caterham School. The main building was demolished and the site now accomodates houses, flats and a health centre. While foundations were being laid for the health centre, one of the school air-raid shelters came to light, partly buried under a tennis court. The present Health Centre (Caterham Valley Medical Practice) was built from the former science block of the school. The plaque is now on the wall of the main entry corridor into the medical practice, opposite the pharmacy.