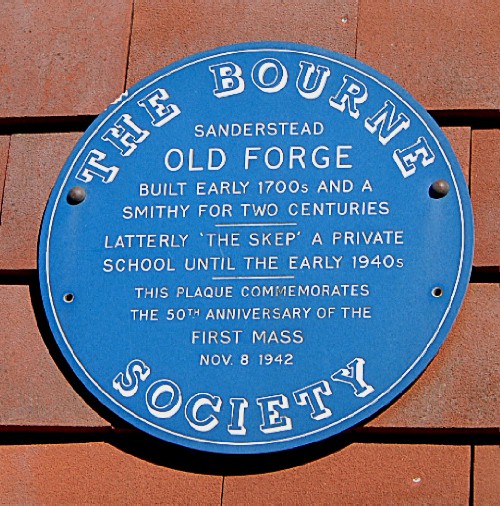 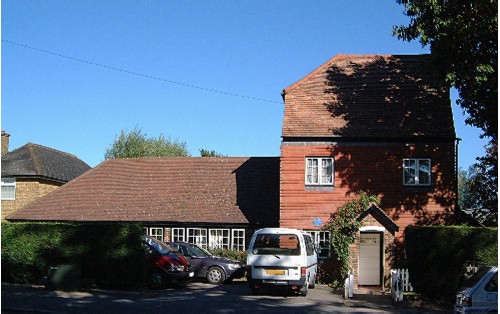 After perusing the list of possible sites for its next plaque, Council had in mind the desire to commemorate not only a place or building of historic interest, but an anniversary as well, and negotiations with Father Hartley of the Roman Catholic church at Sanderstead caused a sudden leap in the plans to install the plaque in a hurry.

The design was agreed by a small subcommittee within Council, and the proposed wording refined and augmented with reference to Father Hartley at Sanderstead, and the precise siting of the plaque upon the building was decided upon. Then the plaque was commissioned, manufactured, collected, and fixed with just one day to go before the anniversary which it commemorated, along with the historical aspect.

Members travelling along the Limpsfield Road may like to stop outside the Old Smithy, and read the inscription on the Bourne Society plaque now affixed to the building. The Old Smithy is on the east side of the road, a few hundred yards past the Mitchley Hill junction when travelling towards Croydon, more or less opposite the Mitchley Hill Chapel.