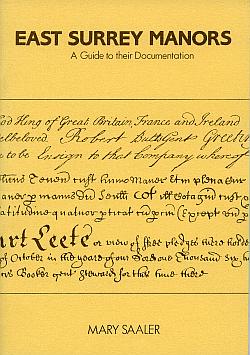 A guide to their documentation

An Extract from “East Surrey Manors”

After the lord’s financial interests had been dealt with, the court went on to deal with cases of disputes between the tenants. Such disputes frequently involved the moving of boundary stones to gain a few more feet of land; there were also cases of debt and trespass. All these offences incurred the payment of fines. The plaintiff had to pay a fine to bring a case to court and the defendant was fined if he was found guilty. If the tenants decided to settle their case out of court, they paid a fine to the lord for a licence to settle out of court.

Thomas Cooke, lord of the manor of Chelsham Watevyles 1455-1478, seems to have had particularly unruly tenants who frequently broke into his property, trampled down his hay, grazed their animals in his fields, and stole his rabbits. (Rabbits could be sold for threepence halfpenny each and so were an expensive delicacy at the time when a skilled workman was paid fourpence a day. They were often guarded by professional warreners who had to ward off poachers). As a result of their exploits the tenants were heavily fined:

Thomas Thornton and his servants wrongfully entered the lord’s land and with their dogs chased the lord’s rabbits to the value of forty shillings. They killed them and took them away. Therefore they are fined twenty-two shillings.

The court rolls of Sanderstead in 1575 reveal a long-standing dispute between the tenants of Sanderstead and Warlingham over their right of access to the common land of Hamsey Heath and Riddlesdown to graze their animals. The lord of the manor and his steward summoned the tenants to court:

Having heard the Tennantes with their Witnesses and Evydences on both sydes for the appeasing of all the suites and troubles that might hereafter growe between them, we have ordered and finally determined and adjuged for both partes.