Plaque unveiled 20 May 2017. On a pillar on the north side of Hambledon Road at its junction with Coulsdon Road, Caterham-on-the-Hill. 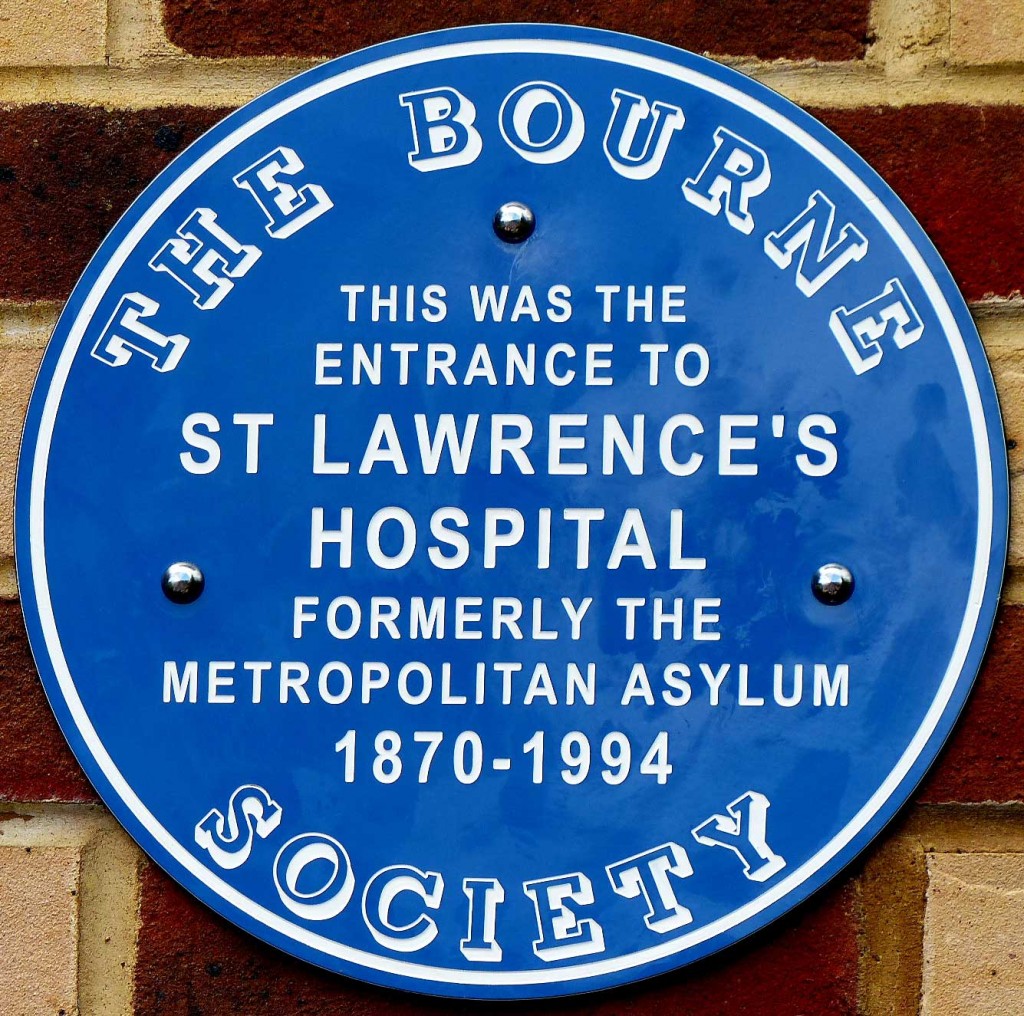 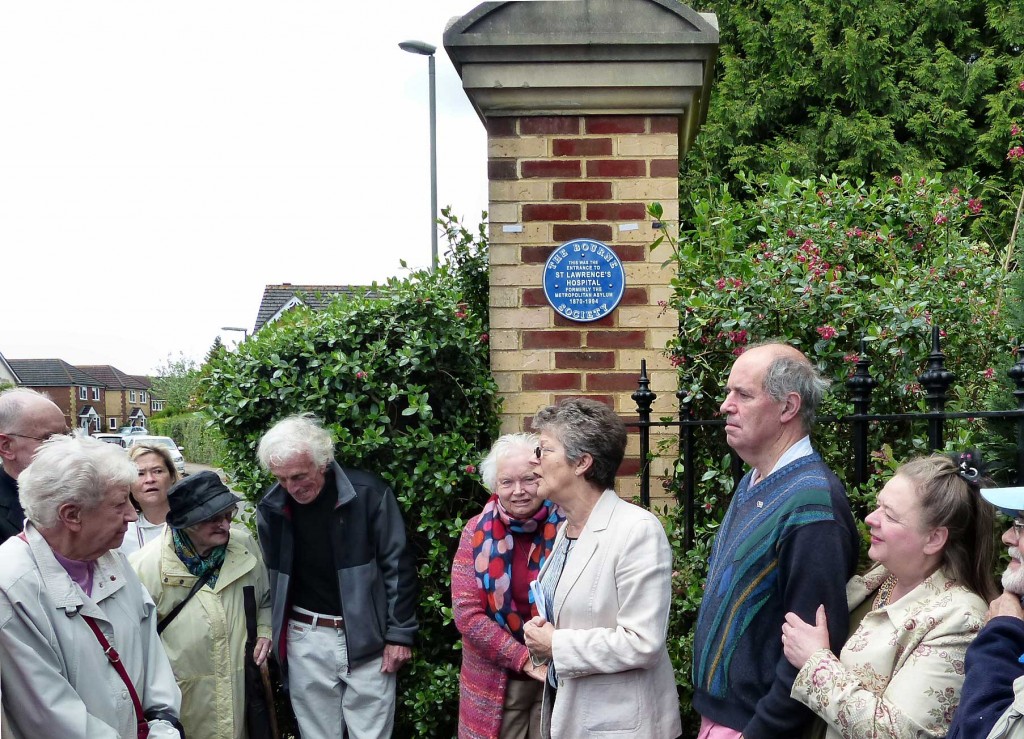 Members of the Bourne Society met on Saturday, 20 May 2017, to unveil the Society’s 31st Blue Plaque.  Together with local councillors for Caterham and Chaldon, Revd Roger Lamont (former chaplain to the hospital), representatives of former employees and their families, and the owners of the selected pillar in Hambledon Road, they listened to a brief history before witnessing the unveiling of the plaque by Mick Burnell. Mick’s family have lived in Caterham since the seventeenth century.  His mother and aunt joined the hospital staff in 1913 and his father and uncles all worked at the hospital, as did Mick himself. The unveiling was followed by an informal reception at the Caterham Arms, opposite.

The Metropolitan District Asylum, as it was called originally, opened its doors on 29 September 1870 to serve the insane poor of South London, most of whom had been housed in workhouses. By the time of its closure in 1994 there had been great changes in the care of people with mental health problems and learning disabilities which resulted in many former patients being able to live more independently in the community.

Newcomers to the Caterham area may be unaware of how the massive Victorian buildings, and the Guards Barracks next door, dominated the landscape and impacted on the local community. Evidence of the hospital’s impact on Caterham is strong, in the naming of the roads within the former site, in the development of Caterham-on-the-Hill, and above all in the community memory of local families.

(Edited from a press release by Liz Bonsall)